We recently spoke with Nesrin Amin, the founder, and host of the Bilmasri blog and podcast. Bilmasri is a blog & podcast dedicated to the Egyptian dialect, its sounds, structures, vocabulary, and the culture behind it. You can download episodes of the Podcast from Apple Podcasts, Spotify, and others and check out the blog at Bilmasri.com. Below are some summary highlights from our interview:

What is Bilmasri and why did you start it?

Bilmasri is a blog and podcast dedicated to the Egyptian dialect. I started it because I wanted to do something related to teaching again and that would target intermediate to advanced learners of Arabic. I felt that the legacy model of focusing solely on Modern Standard Arabic was restricting because the Arabic dialects are the living languages that any Arab has as their mother tongue. So I realized that there is a lack of resources when it comes to Arabic dialects. Most resources for learning dialect stop at the introductory level but once you get to the intermediate-advanced level, you’re left on your own. The Bilmasri podcast and blog are meant to bridge the gap between the beginner level resources and advanced Arabic dialect language learning.

Are the attitudes toward teaching Arabic dialects in universities changing from something that was treated as an elective in the past to a more dedicated and serious curriculum?

I think attitudes are changing. At Cambridge University Arabic dialect and Modern Standard Arabic are now taught side by side at almost equal levels. I hope things are changing gradually and there’s more awareness now in academic circles of the importance of teaching the dialects as well as Modern Standard Arabic. It’s just not right to give students a one-sided experience and deny them this wealth of dialects.

What kind of responses have you received since launching Bilmasri?

I’ve been getting very positive responses! There are a lot of people who have reached out and said things like, “This is exactly what was missing”, “This is what I’ve been looking for, someone to slowly talk me through the language and how it works”.

What are some characteristics and traits that separate the Egyptian dialect from Modern Standard Arabic or the other Arabic dialects?

Egyptian dialect also has a variety of influences, including Greek, Italian, and ancient Egyptian.

Are there dialects within dialects in Egypt as you go from the city to the countryside or even other cities?

Absolutely. The most significant distinction we make is between the Delta, from Cairo to Alexandria, and then Upper Egypt, their dialect is quite different. The more south you go, the more different it becomes and starts to resemble Sudanese Arabic. In the west, we have a dialect that’s very close to Libyan Arabic and then in Sinai there is Bedouin Arabic which may be similar to Jordanian Bedouin Arabic.

Does Egyptian Arabic incorporate English, including as a way to show off your social status/education?

Yeah, absolutely. It’s sort of a status symbol if you speak broken Arabic with a bit of English and a bit of French here and there. There are also English words that have crept into the language and been Arabized, especially things related to computers or the internet. For instance, no one would use the Arabic word for “to save a document”, we would say “y’sayve” which is “save” turned into an Arabic verb.

We're not around right now. But you can send us an email and we'll get back to you, asap. 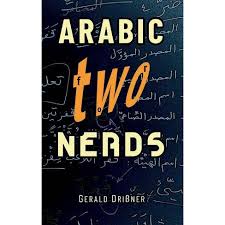